#TBT - Meet Joseph Lloyd: The Rocket Man at the intersection of History and Change.

The #TBT series is a collaboration between the Black Heritage Society of Washington State and Africatown Seattle to give historical insights and perspectives into Black history and Black contributions in the Seattle area and Washington State as a whole.

Pick a corner, almost any corner at a major intersection in Seattle’s Central Area that has not undergone some type of character-changing transformation or is not awaiting the wrecking ball to make way for the flavor-of-the-day, mixed-use with a view.

Few corners have stood still in time, or at least hold faint visual reminders of an attempt to withstand pressure to sell or cave due to any number of situations that are mostly socio-economic. Just as pressures were abound, the triangle at 12th Ave, Boren Ave and East Yesler Way stood still. Today, a small Hawaiian food take-out conducts business in a refurbished structure that utilizes the original billboard sign to advertise the restaurant where Lloyd’s Rocket served the community and customers through the 1970s and into the ‘90s. The owner of Lloyd’s, Joseph ‘Joe’ Lloyd retired with the hope that one day his family would rebuild a new station or mini-mart on the site.

Joseph Lloyd was born on a plantation near Macon, Georgia in 1916. The Lloyd Family eventually made their way to Detroit where Joe’s father worked in the auto factories. When Joe completed high school he worked for Ford, then joined the Army in 1941. He served 11 years in the Southwest Pacific, Japan and Korea and was stationed at Fort Lawton for a time. Leaving military service Joe came back to Seattle, was married and had children.

Creating his own hustle, Joe used his old Studebaker truck to haul and resale used furniture and appliances, he hired a couple of guys and did a fair business. He looked to step up his money-making capacity and took the chance at selling heating oil from a tank secured to his truck. He provided a flexible service to customers who needed small deliveries and he responded to calls at odd hours when no one else would. The heating oil business became lucrative and he purchased a larger truck and tank.

By the early 1960’s, Joe was also working out of the ARCO triangle station built in 1950 and located near the geographic boundary of the Central Area at 12th Ave, Boren Ave and East Yesler Way. Around 1970, the owners decided they wanted out of the business and the triangle was put up for sale. Joe made a strategic but risky move to purchase it. He successfully negotiated a loan between the Small Business Association and Liberty Bank. 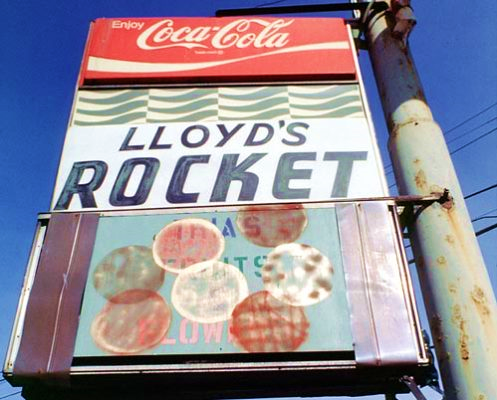 The Rest is History

Joe, a self-made businessman had years between 1970-1995 that were up and down but was always well known for the service he provided. At one point, he leased out some space to a couple of mechanics in order to keep afloat. The station was a clutter of used items, parts, tires and miscellaneous odds and ends where Joe cooked lunch atop a metal garbage can that supported a hot plate. The drafty, uninsulated building didn’t impede customer appeal at a location where on a normal day 20,000 vehicles would pass the busy intersection. Joe estimated that he had more than 10,000 customers over the years. There are stories of how he helped young Black street racers in tires and kept people “on the books” so that they could keep their families warm and pay later.

At the Black Heritage Society, we hold a collection of old business records, receipts and card files with customer’s heating oil deliveries from the late 1960s to early 1990s. Included in the collection are notes and messages. Here is one note from a customer making an appeal to Joe. We are inclined to believe that Lloyd’s Rocket made good on the request.

Here are examples of miscellaneous receipts found in the collection.

A pop for 15¢ and a sandwich for 63¢ are a record of things past. The rocket logo on the gas receipt is iconic.

Lloyd’s Rocket closed in 1995 and Joe died a year later in 1996 at age 80. His vision for a family owned mini-mart did not materialize but all that Joe did to hold down the triangle, create a black-owned business, provide employment and serve his community will always be the legacy and legend at this Central Area intersection.

Do you remember Lloyd’s Rocket or have a story to share about Lloyd’s? Let’s hear it.

#TBT - 60 years ago when James Baldwin came to Seattle on a mission of Civil Rights and Equality.

#TBT - When Black people in the CD had to fight for a crosstown bus. The story behind the #48 Bus.

#TBT - "Say It Loud" - 50 years ago Stokely Carmichael came to Seattle and ignited a movement.